Written on November 19, 2020 in Vital Sign by Neom Vision 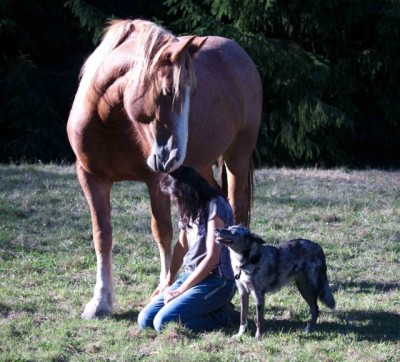 As a reader of mine, you may already know that my family consists of two dogs, two cats, and 11 horses. That being said, when this email came through OF COURSE I wanted to do whatever I could to help ASAP!

Although legally I really can’t provide personal health advice to either humans or animals, I can certainly share my thoughts on what I would do if my dog Tiah had the same problems…Let’s get started. 🙂

“I am not sure Jini can help, but my daughter is at her wits end, so I am just going to ask.

She has a 7 year old lab that has been diagnosed with IBS and has infection in her gut. Several vets are and have been treating her with antibiotic both oral and via drip, had exploratory surgery and much more for over three months.

Jini, do you have a protocol I could give her to follow for her dog? I am willing to pay for it. I told my daughter to give her Oil of Oregano and to stop the antibiotics, but I am not sure what or how much to do.

I have followed your protocol for Colitis Proctitis which helped me so much. I bought your book and read where you healed your cat when she ate the infected bird. Can you advise me? Thanks so much,”
– B.C.

Hi B.C. I don’t have a protocol per se, however here are the steps I would take if these symptoms arose with Tiah (my dog): 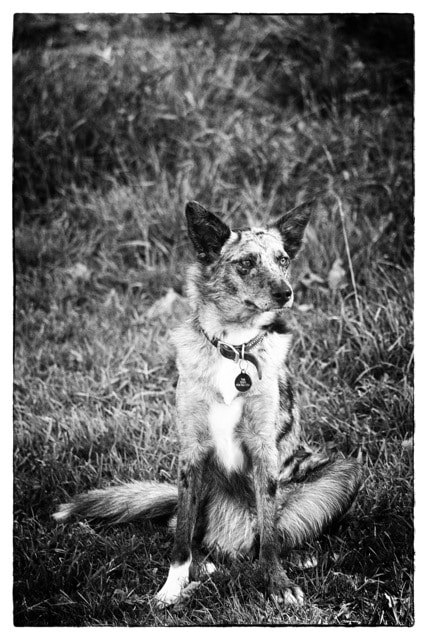 1. I would give Tiah raw food only. I would transition her slowly if needed. I would research the correct way to feed raw and ensure that she got the right mix of meat/bone/organ. I would add an organic greens powder like this one to it (see the testimonial about kitty at the bottom).

2. I would give her wild oregano oil gelcaps – 2-4 gelcaps, 2-3x/day. I would sit in silence with her and breathe deeply for 5 minutes. Then I would ask her how many gelcaps, and how many times a day her body needs to receive this medicine. I would repeat this every few days to make sure I am giving the ‘correct’ dose. I would make sure the gelcaps went to the very back of her throat so she could swallow it without chewing and I would have a fresh bowl of water nearby.

NOTE: When I dosed my dying cat, she was only 10 lbs and I gave her 2 gelcaps. Yes, that is a walloping big dose, but things were pretty critical and that’s what my gut was telling me. And yes, I know that all veterinarians and herbalists say you should never give cats essential oils. But there it is. It saved her life and all of her nursing kittens were superbly healthy. The vet said, “This is the first litter of kittens I’ve seen in my entire career who don’t have any ear or mouth infections.” I kept my mouth shut.

I have since used wild oregano oil gelcaps on my other cat who was attacked by a raccoon, who tore a strip of flesh off her back. Not only did she live, but the fur has even grown back. I also used them on Tiah once when she had vomited a few times, then stopped eating for a couple of days, then vomited up balls of green stuff (she was self-medicating by eating plants and grass). So I figured I’d help things along. That time, I gave Tiah (who weighs 35 lbs) 2 gelcaps once a day for 2 days. That’s all she needed. And yes, I always follow the wild oregano treatments with Natren probiotics (Caninedophilus and Felinedophilus – they’re actually the same product, just different labeling)

3. I would take my dog out where her feet could be on the EARTH (not sidewalk or road) as many times per day as I can manage; even for just 5 minutes at a time. If there was a farm or forest where she could also be off-leash I would take her there daily. That way she could plug into the healing power of nature (her source) and also forage for greens or other medicinal items that she would tune into. It doesn’t matter whether she has any energy, or just lies on the earth. It’s all good.

4. I would give her Natren’s Caninedophilus probiotics daily, but 2 hours away from the wild oregano.

5. I would discontinue all drugs.

6. When I am sitting with her and breathing deeply for 5 minutes to determine her dosage, I would also just open myself to receive from her – anything, feelings, ideas, information, love. I would imagine my heart area unlocking (like unscrewing a cap) and opening wide to receive from my dog. At the same time, I would flow love into her from my heart. This can also be done while resting outside (on the earth) together.

7. I would watch this video and know that all things are possible.