MAGMA II, Pushing Skiing and After-bang to the Limits


OSAP Berg AKA Owen Dahlberg has out done himself on this incredible sequel. It is never easy to top the original, especially when the original is as mind blowing as MAGMA OG, but I would be lying if I said that this film is anything but an absolute sensation. The unique editing and filming certainly makes this flick stand out from the crowd, and the creativity that went in to not only the skiing, but the hand-built features too is nothing but a pleasure to watch. Big ups to all who put in countless hours, blood, sweat and maybe even some tears of joy on those builds. While Hunter Hess and Alex Hall deservingly take up the majority of the screen time, other faces make the occasional appearance. And respect to them, because throwing down like those two is no walk in the park—shout out Tommy Wallnuts for his cameo in the intro.

But while Alex and Hunter are absolute beasts on the twigs, the community joy in this film is what has me hooked. Seeing a group of amigos whoopin’ it up gathered around a booter in the spring time sun is nothing but a good time. While it was dazzling to watch these guys hit those monster jumps, it is even more impressive to see some of the other smaller, but more intricate features. From bouncing off trees to carving out run-ins that weave under neath cornices, the vision from these guys is just awesome. In 15 minutes, Owen and the gang clearly capture the joy of skiing with your friends. The motivation to try something new, the thrill of stomping something that seemed out of reach, and just enjoying the experience together. Immaculate skiing and editing are part of why this flick is so entrancing but the individual joy and style these guys bring to the table is what makes this so special. I sure hope we are watching new MAGMA films well into the future, why not make this a 10-part series?! MAGMA is proof that you don’t need bottomless powder and a 4K high-definition camera to make a great video or, more importantly, to have a good time. Big respect and appreciation to all who were involved in this pristine project. And to the main man himself, Owen Dahlberg just keep doing what you’re doing—it’s inspiring. 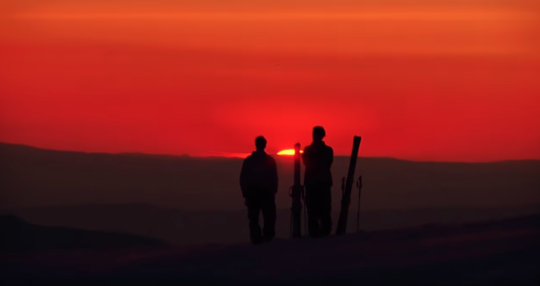