Magnussen worried he could trigger crash with leaders in Turkey 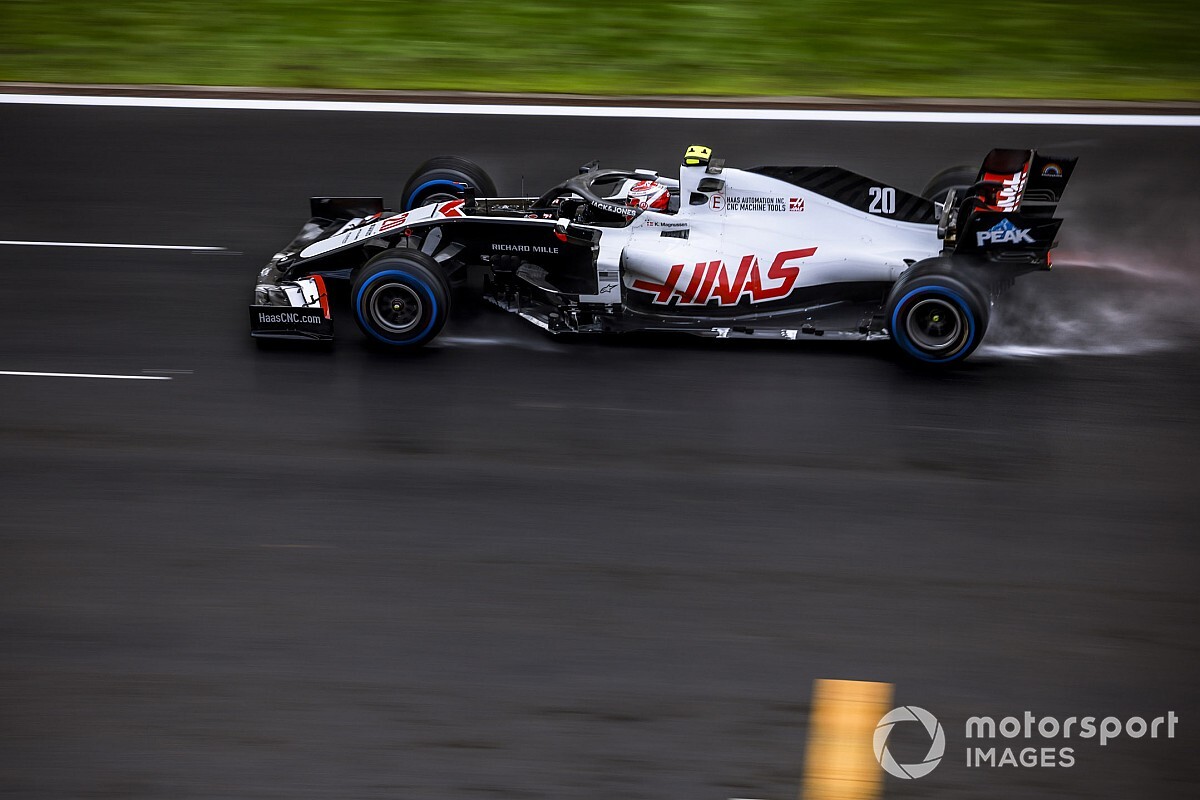 Magnussen was struggling with poor rearward visibility due to dirty mirrors, and was concerned about getting in the way of faster cars and possibly triggering an incident.

He was given detailed information on approaching traffic by his engineer, as is usually the case in a practice or qualifying session, when there is a threat of an impeding penalty.

The Dane was running for a while on the fringes of the points, but he then lost a lot of time in the pits when he was told to stop after a suspected unsafe release, and the car had to be pulled back to his pit box and fresh tyres fitted before he could resume.

After the pit delay put him in front of quicker cars, he made his frustration about the visibility issue even clearer to the team, stating more than once that it was “dangerous.”

At one point Magnussen said: “Have you been listening to me? I can’t see anything,” adding later, “Mate, I can’t see f**k all…”

When his engineer said he understood, Magnussen replied: “Someone out there doesn’t understand.”

The team kept him out in case a spate of late retirements boosted his position, and because his good pace meant that for a long stretch before the flag he had no one approaching from behind.

However, with Lando Norris set to catch him, he was called into the pits to retire on the penultimate lap. He was classified 17th, three laps down on winner Lewis Hamilton.

“The difficulty was he couldn’t see to the back, because of the mirrors,” said Steiner. “I think they were dirty and with all the spray you cannot see anything in the rear.

“And being in the middle with blue flags is very difficult if you don’t see in the back, and he didn’t want to hurt anybody’s race or do anything which then is deemed having done something wrong.

“He started to say that about 12 laps to go. And a race like this you never know if in the front there is a mayhem happening in a group of five or six cars.

“All of a sudden you can unlap yourself, and it’s like a difficult decision because then you really look stupid if you withdrew a car. And he was fast.

“Once the group of the leaders went by, with [Lance] Stroll he was pretty well in control. We monitored the time and said nobody’s coming for 10 seconds at least, and he kept the 10 seconds up.

“So we decided to keep him out there, and the car was going good. I mean, the chances of an opportunity were very small, but you cannot just give up.

“And we understood that he is struggling, but we knew also that for a while nobody will be coming behind him. So let’s get on with it. And for sure for him it’s frustrating.

“But we spoke with him afterwards and explained the situation to him. In these races mayhem happens in a group of six cars, they take each one out and all of a sudden you’re in a different position and you start again.”