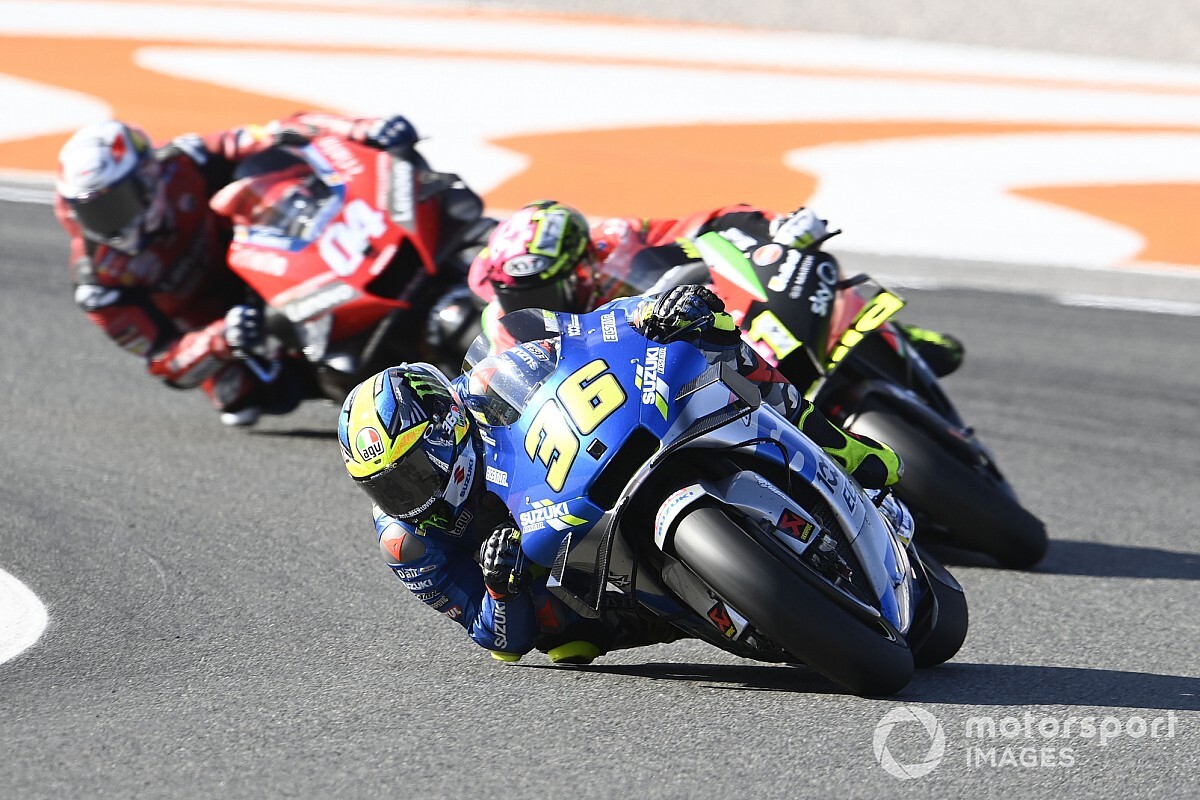 Mir was crowned the 2020 world champion last Sunday at the Valencia Grand Prix after coming home a safe seventh after starting from 12th.

The Suzuki rider put one hand on the title the week before with his victory in the European GP, which moved him 37 points clear ahead of last Sunday’s race.

Mir has scored more podiums than anyone this season with seven, including his victory, and finished all but two races inside the top five.

This is in stark contrast to long-time points leader Fabio Quartararo, who despite his three wins didn’t score any other podiums and just one other top five all season.

“Well, he was consistent,” Marquez said when asked for his thoughts on Mir’s championship win.

“[If] anyone else have the consistency he had, maybe it’s like a different championship.

“We have a championship that [normally] from the beginning of the season you see clearly who will be the champion but this year was really, really strange.

“There was a lot of ups and downs, especially from the Yamaha riders. Then also [Andrea] Dovizioso was not really consistent.

“But he [Mir] was there, he was smart, he was really intelligent, and he did a good job to get that title for Suzuki. He was more intelligent and more regular than everybody.”

Marquez says Mir’s run to the championship in just his second year in the premier class gives him “more motivation” for his sophomore season in 2021, but admits the expected return of his brother Marc Marquez will make “everything tough again”.

“I think the situation, or I hope it will change with the COVID and we will have a normal year,” he added.

“So, everything is changing. Marc will be back, so everything will be tough again and will be more difficult.

“It’s a good example for the other riders that are aiming from Moto2, that in MotoGP if you work hard, if you have the proper bike you can be also world champion.”