All the talking points from MotoGP’s season finale


Ex-Formula 2 racer Matsushita was making his first appearance in the Japanese single-seater series since the end of 2018 after being called up at short notice to replace regular B-Max driver Sergio Sette Camara.

While unable to replicate Sette Camara’s shock pole position from the previous round at Sugo, Matsushita enjoyed a competitive weekend, qualifying in sixth and finally finishing in the same position to give B-Max its best finish of the season so far.

Although he thinks a podium was within reach if his pitstop had been quicker, the 27-year-old said he was grateful for the experience – but isn’t sure if he’ll be back with B-Max at Suzuka.

“The start was good, I think someone overtook me [off the line] but I dived into Turn 1 and I passed two or three cars, F2-style!” Matsushita reflected.

“I’m good with the braking, so I could gain [some places]. But after that it was a bit of a ‘train’ race [everyone following each other].

“Then the safety car came out and we boxed. The left-front and rear-right didn’t attach properly, so we lost about six seconds. Without that I think we could have been P3.

“It was a really big loss, but I did everything I could, so I’m satisfied with my performance and also the car’s performance. It’s just a shame that we couldn’t make it.

“But it wasn’t only me [that had a pitstop], also Nirei [Fukuzumi], so it’s not just our team. I’d like to thank the team for a really good opportunity.”

It’s thought unlikely that Sette Camara will be back for the following two Super Formula races at Suzuka on December 5-6, which follows just a few days on from the official Formula E pre-season test at Valencia.

On his chances of being back with B-Max for Suzuka, Matsushita said: “50/50. It depends what the sponsor thinks. I have no control over that. But I hope I can race again at Suzuka and Fuji. I really like Suzuka as well, so hopefully I can race there.”

“No regrets” about truncated F2 season

Matsushita’s return to Super Formula follows on from him being dropped by the MP Motorsport team in Formula 2 ahead of September’s Sochi round.

Having joined Dutch squad MP for his fifth season at GP2/F2 level in 2020 with hopes of challenging for the title, Matsushita suffered an up-and-down campaign that featured a victory at Barcelona but also a crash with teammate Felipe Drugovich at Spa.

That incident ultimately spelled an early end to the season for the Japanese driver as the financial repercussions caused MP to replace him with Giuliano Alesi.

But Matsushita says looking back he is content to have turned down Honda’s offer of a double programme in Japan this year to have one final crack at F2.

“I had an offer from Honda to drive for Mugen in SUPER GT and Drago Corse in Super Formula,” Matsushita confirmed. “But I wanted to try F2 one more time for my dream and I did it.

“Obviously now it’s not the ideal situation. But it’s ok. I wanted to do it, and I did it. Honda didn’t help me at all this year, I did everything myself, so I’m proud of it. We had one win, which is not enough, but I’m pretty happy. It’s just a shame for the crash we did in Spa, but sometimes it happens like this.

“I dreamed for F1 for a long time, that was my only target. I didn’t care to be honest about racing in Japan. I have absolutely no regrets about my situation.” 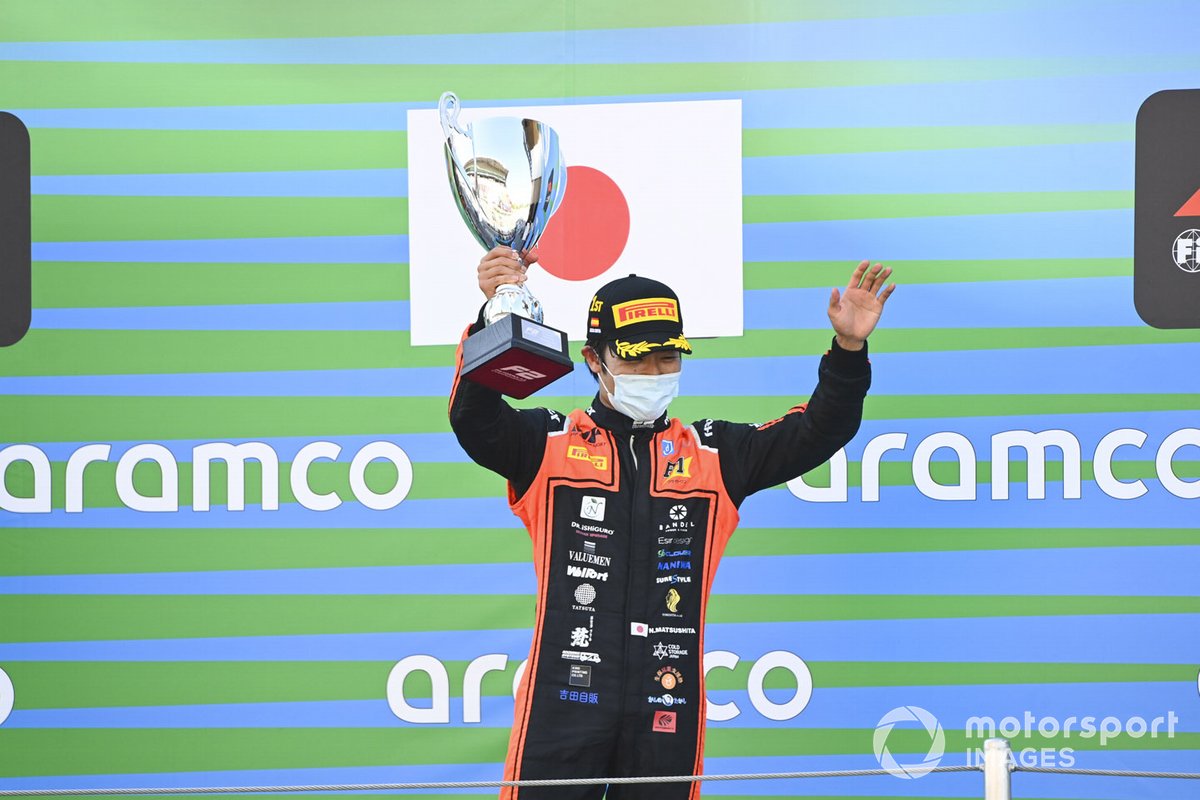