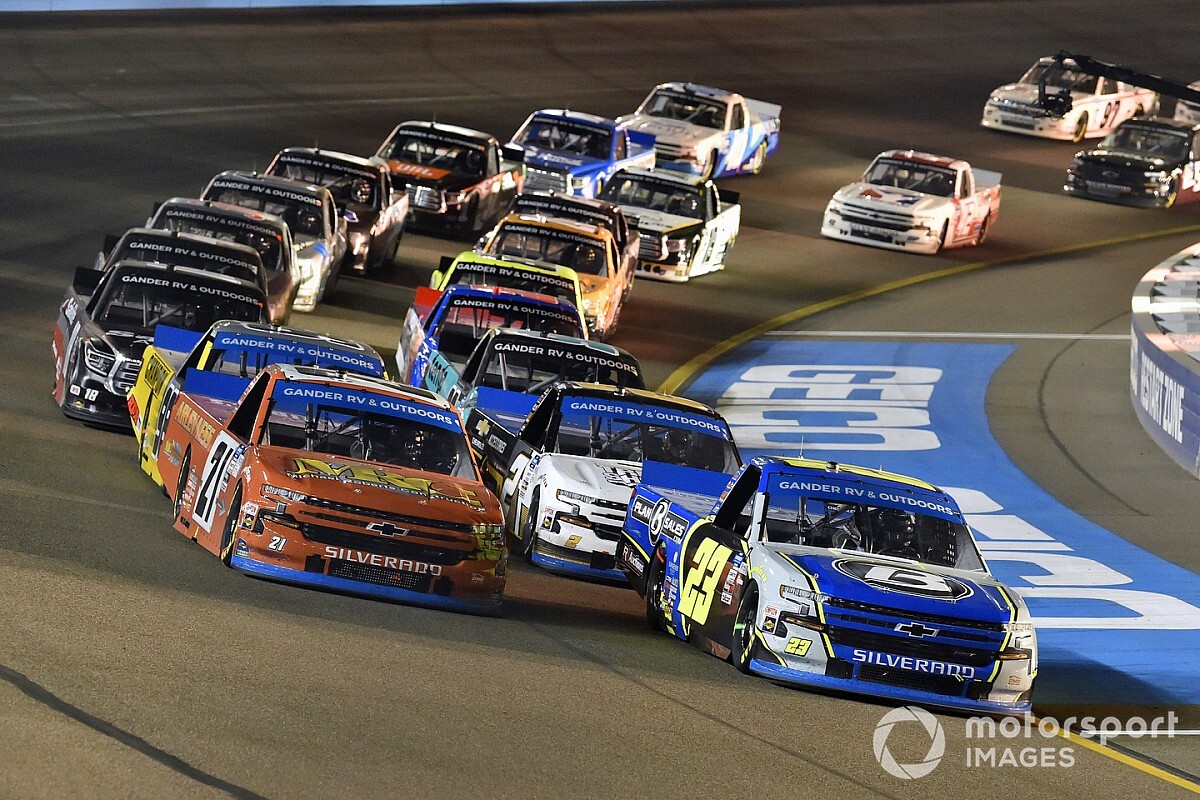 Next year’s schedule features 22 races, down from 23 in recent years, but includes added dirt and road course events.

The series’ first dirt race will take place at Bristol (Tenn.) Motor Speedway on March 27, joining the Cup Series for an action-packed weekend on the short track’s return to a temporary dirt surface.

Then, on July 9, trucks will roll into Knoxville (Iowa) Raceway for their first race on the iconic dirt track, which hosted its first race in 1901.

Leaving the schedule is Eldora Speedway, which hosted the series’ lone dirt race from 2013 through 2019. This season’s race was canceled due to the COVID-19 pandemic.

The series will also see added road course events at the Circuit of the Americas and Watkins Glen, N.Y. Other new venues next season include Nashville Superspeedway and Darlington, S.C.

“The NASCAR Camping World Truck Series provides some of the most intense and entertaining competition in all of racing,” said Ben Kennedy, NASCAR vice president of racing development.

“The 2021 iteration of the schedule will build upon that intensity through a wide variety of long-tenured race tracks and new venues like Knoxville Raceway. The variety of disciplines will increase the demand on drivers and culminate with a truly battle-tested champion at Phoenix.”

As was originally scheduled in 2020 prior to the COVID-19 pandemic, World Wide Technology Raceway at Gateway will return to host the start of the series playoffs.

Broadcast times and networks for all three national series will be announced at a later date.