olson kundig’s ‘city cabin’ is an urban retreat in seattle


designed by steven holl, the ‘nancy and rich kinder building’ at the museum of fine arts, houston (MFAH) is now complete ahead of its public opening. the building, which is the final part of the decade-long expansion and enhancement of the institution’s campus in texas, is dedicated to presenting works from the museum’s international collections of modern and contemporary art. it will open with the first comprehensive installation of these works, drawn from the collections of latin american and latino art; photography; prints and drawings; decorative arts, craft, and design. 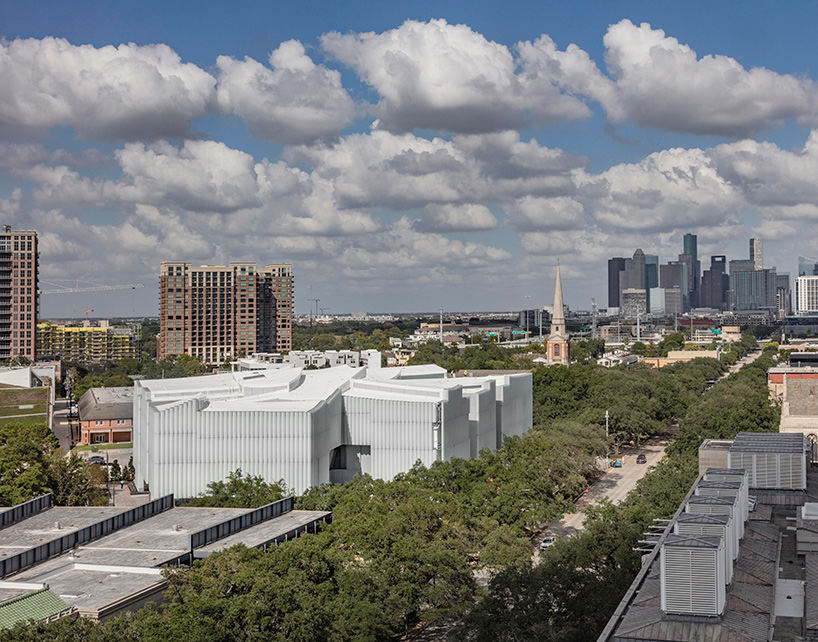 image © richard barnes | all images and courtesy of the museum of fine arts, houston

the museum of fine arts, houston will open the ‘kinder building’ to the public on november 21, 2020, culminating a week of previews for staff, donors, members, and community partners. to celebrate the public inauguration of houston’s newest cultural landmark, the MFAH will offer free general admission to all of its gallery buildings throughout the weekend and to the ‘kinder building’ through november 25. ‘a century after the museum’s founding by a group of local art lovers, it is thrilling to place the finishing touches on the susan and fayez s. sarofim campus, the most complete expression of the museum of fine arts, houston,’ says gary tinterow, director, the margaret alkek williams chair, MFAH. 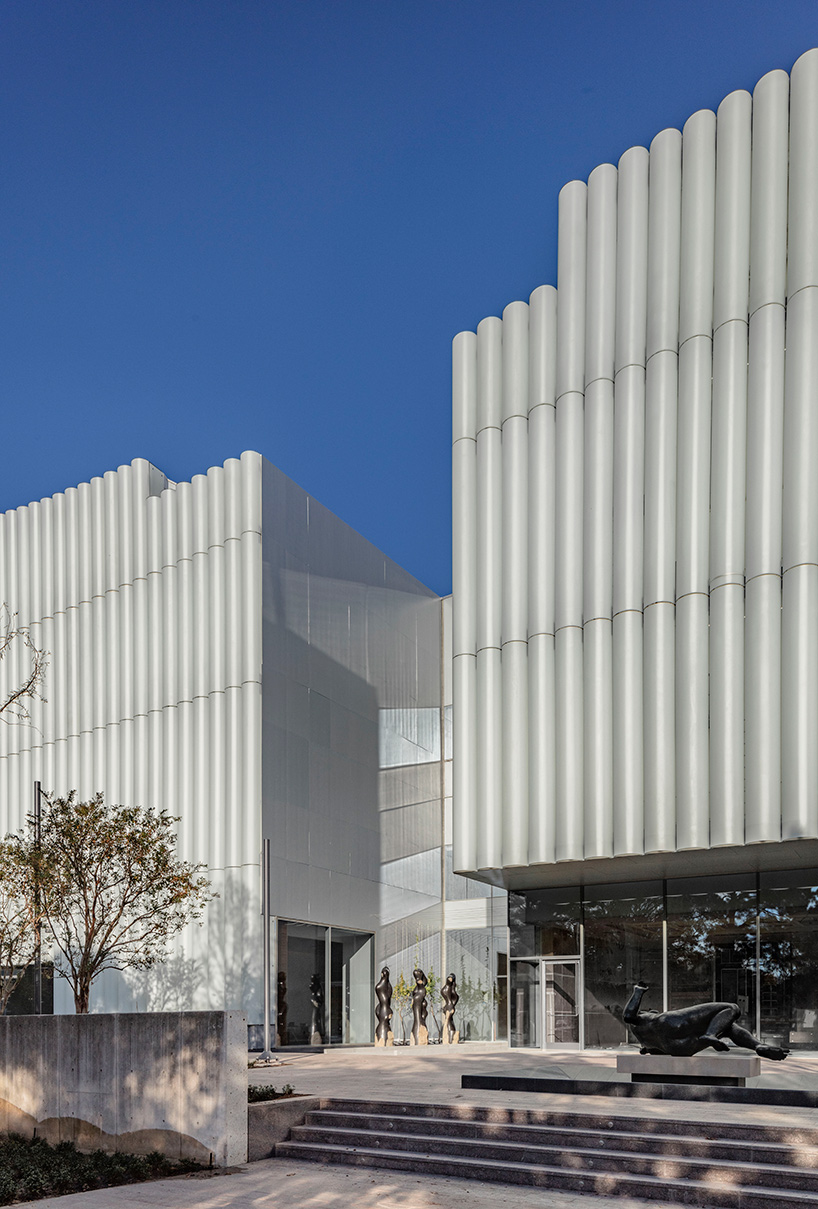 designed by steven holl architects, the trapezoidal ‘kinder building’ is clad with vertical glass tubes that emit a soft glow at night in a pattern across its façades. five rectangular courtyard pools are inset along the perimeter, emphasizing the building’s openness to its surroundings. ‘light enters the kinder building through the ‘luminous canopy’ of its roof, modeled on the billowing clouds of the texas sky, and light emerges from the cladding of soft-etched translucent glass tubes, whose glowing presence at night will add to the impact of the campus as a civic experience for all of houston,’ explains steven holl. 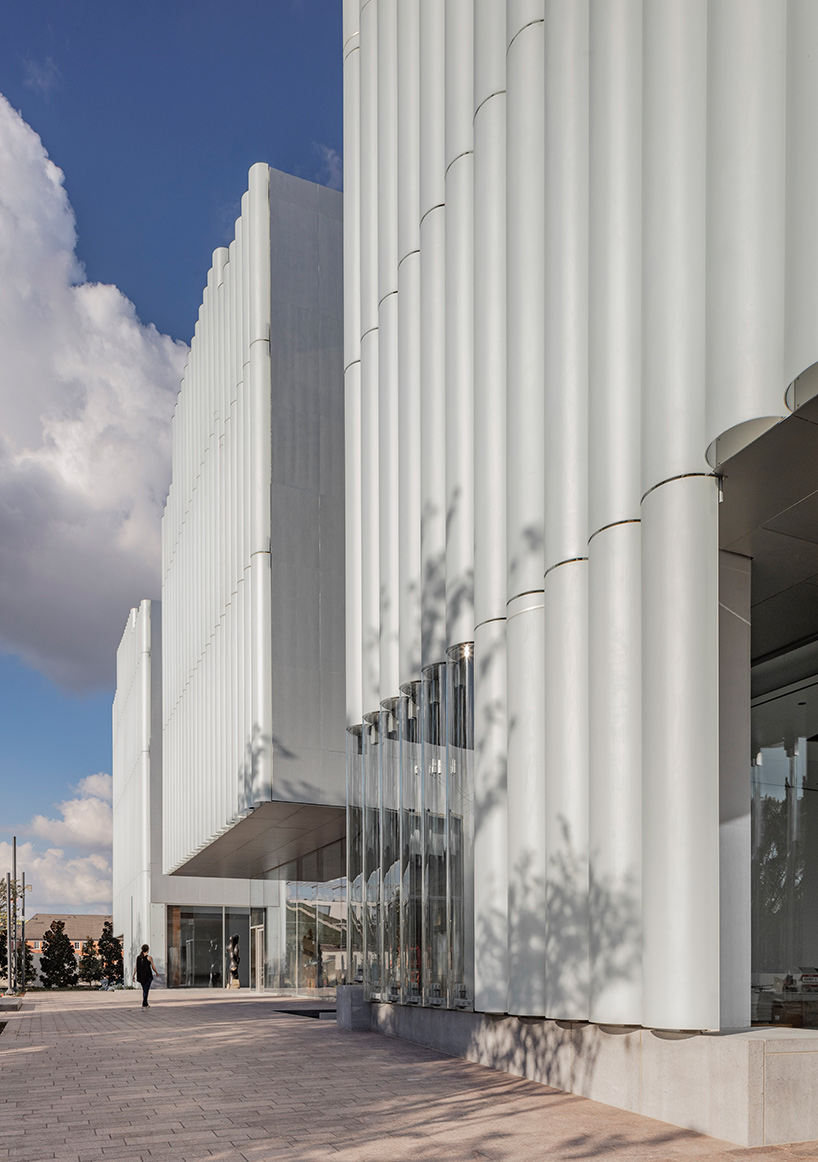 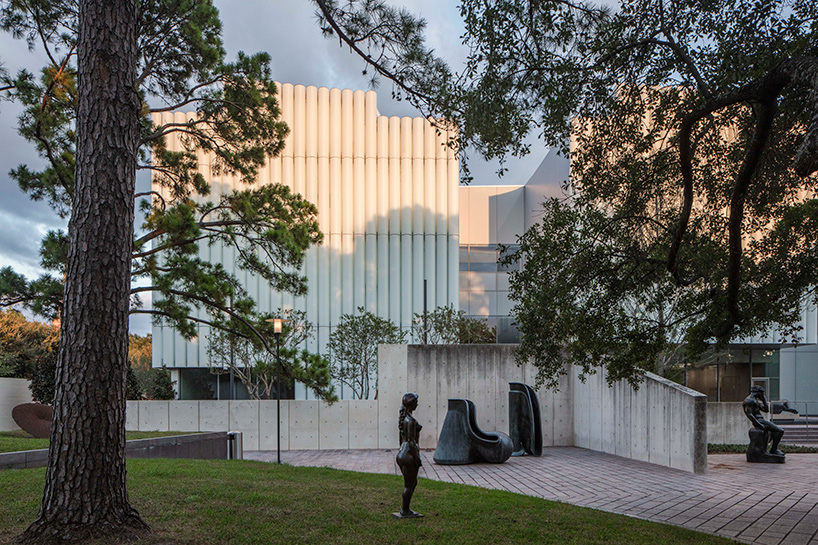 the second-floor galleries are organized by curatorial department, and each highlight collection strengths. suites of galleries are devoted to the history of photography; decorative arts, craft, and design; prints and drawings; european and american 20th-century painting and sculpture; and latin american modernism. meanwhile, the third-floor galleries feature thematic exhibitions. in addition, eight site-specific commissioned works by artists such as ólafur elíasson, cristina iglesias, and ai weiwei are also included. 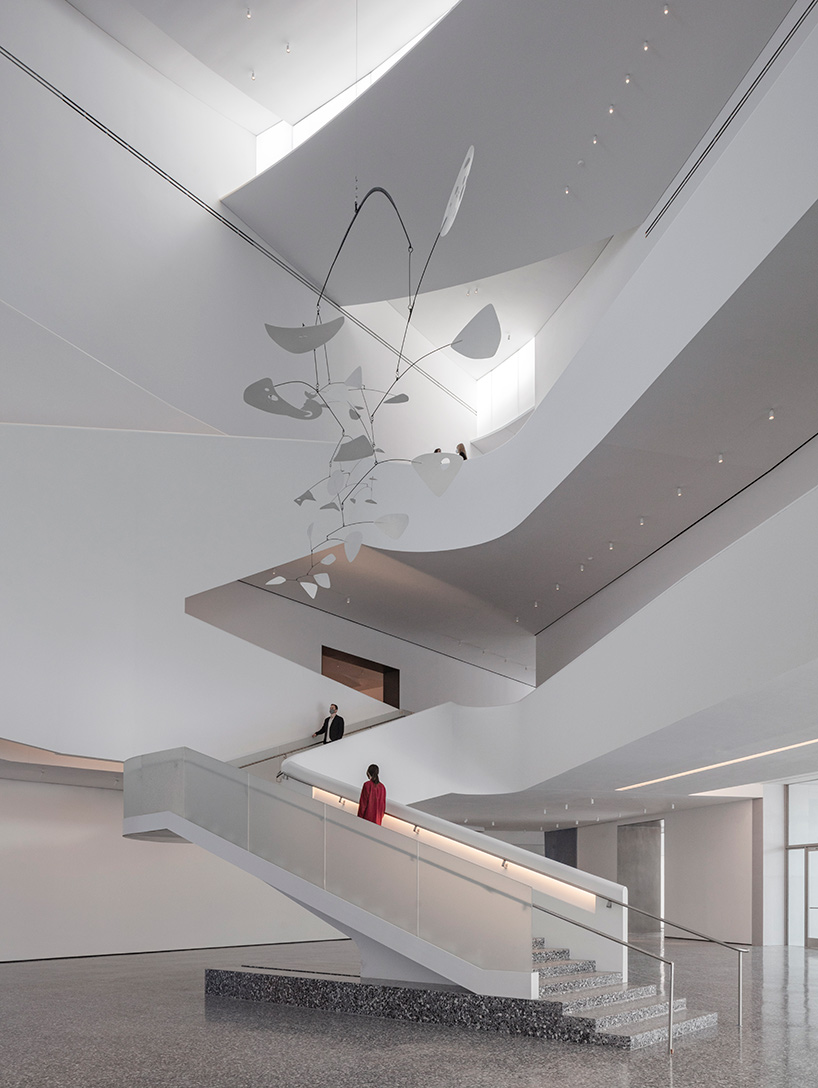 the redevelopment of the sarofim campus and off-site art-storage facilities has been the largest cultural project in north america. steven holl architects designed the overall masterplan, along with the ‘kinder buildin’g and a new home for the glassell school of art. see designboom’s previous coverage of the project here.