Sean Gelael makes F2 return in Bahrain after fracturing back


The Colombian ex-Formula 2 driver made her return to the championship after two races away on Sunday with the one-car Drago Corse team, finishing 16th from 18th on the grid.

After struggling with her high fuel load in the early stages of the race, Calderon upped her pace in the latter stages of the 41-lap contest, setting her personal best lap with two laps to go despite having pitted on lap 12.

“I think I’ve never been so unprepared for a race because we didn’t do any long runs and the race was longer than Motegi,” she told Motorsport.com. “My longest run [in practice] was seven laps, we were just focused on car balance and not high fuel runs or race set-up.

“The weight really affects you, so the start was difficult with how to read the tyres. But in the second part of the race I felt I was understanding the tyre much more. I just got used to it at the end and the pace was good.

“We were there to fight with a few cars, so I think that’s encouraging for [the next round at] Suzuka and we definitely learned a lot. I think I really found the feeling with this tyre finally.” 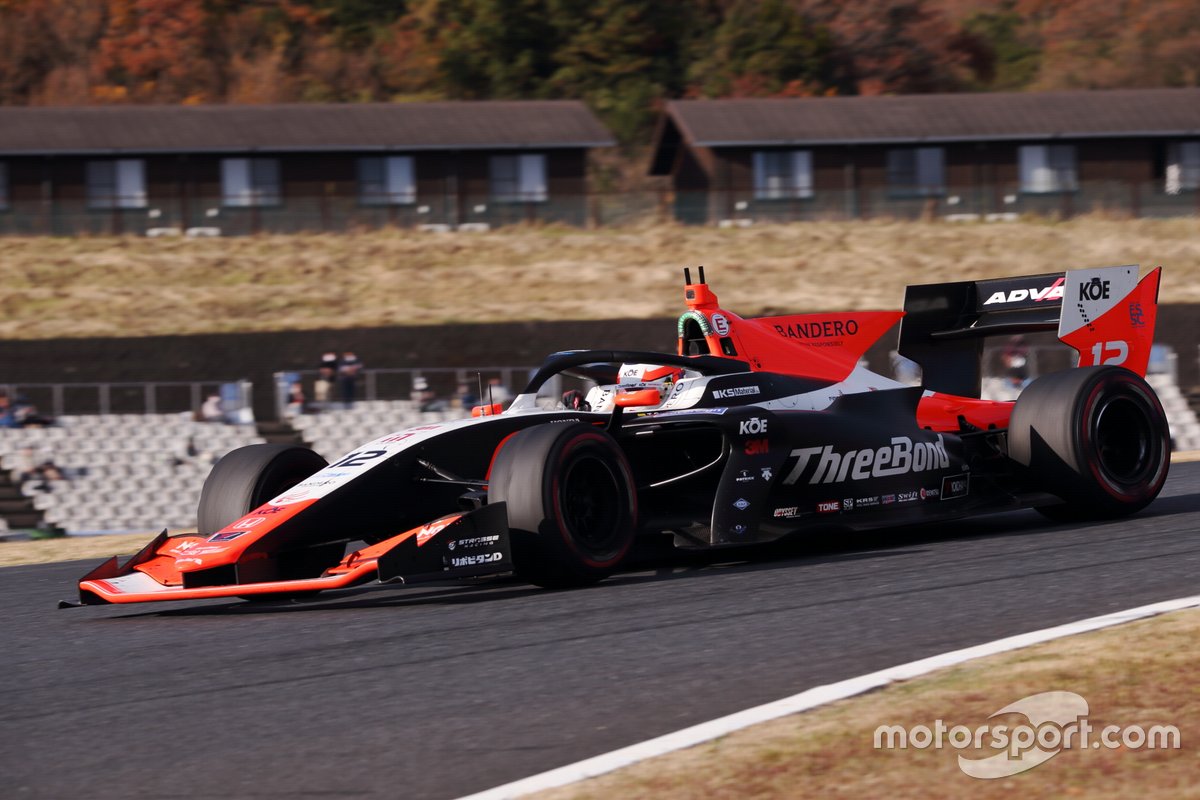 While she didn’t match the 12th-place finish she scored on her debut at Motegi back in August, Calderon said the experience she gained in a race featuring a mandatory pitstop and a longer distance than her only previous Super Formula outing was invaluable.

She also said the difference in conditions at Autopolis – 18 degrees Celsius, as opposed to the 34 degrees of the curtain-raiser – and the considerably different layouts of the two tracks made her learning curve even steeper.

“In Motegi it was so hot, and you couldn’t judge so much on the high-speed side,” she said. “Here we have such long corners. This was really important to help me understand how the tyre operates and this will help me for qualifying as well.

“When you think it’s the limit, you can go a little bit above that and the car still sticks, you can get on the throttle much earlier.”

After two-and-a-half months away from the country, Calderon says she will remain in Japan until the end of the season, which concludes at Fuji Speedway in late December.

On her goals for the last three races, she said: “I would like to get into Q2 for sure, that’s a target for qualifying, and I think we can be in the top 10 to score a point at some stage in the next couple of rounds. I would be pleased with that.”