Home Sports The Patriots’ dynasty is getting closer to extinction

Snow at the Maui Invitational is perfectly 2020

An interception and intentional grounding on the same play is beautiful 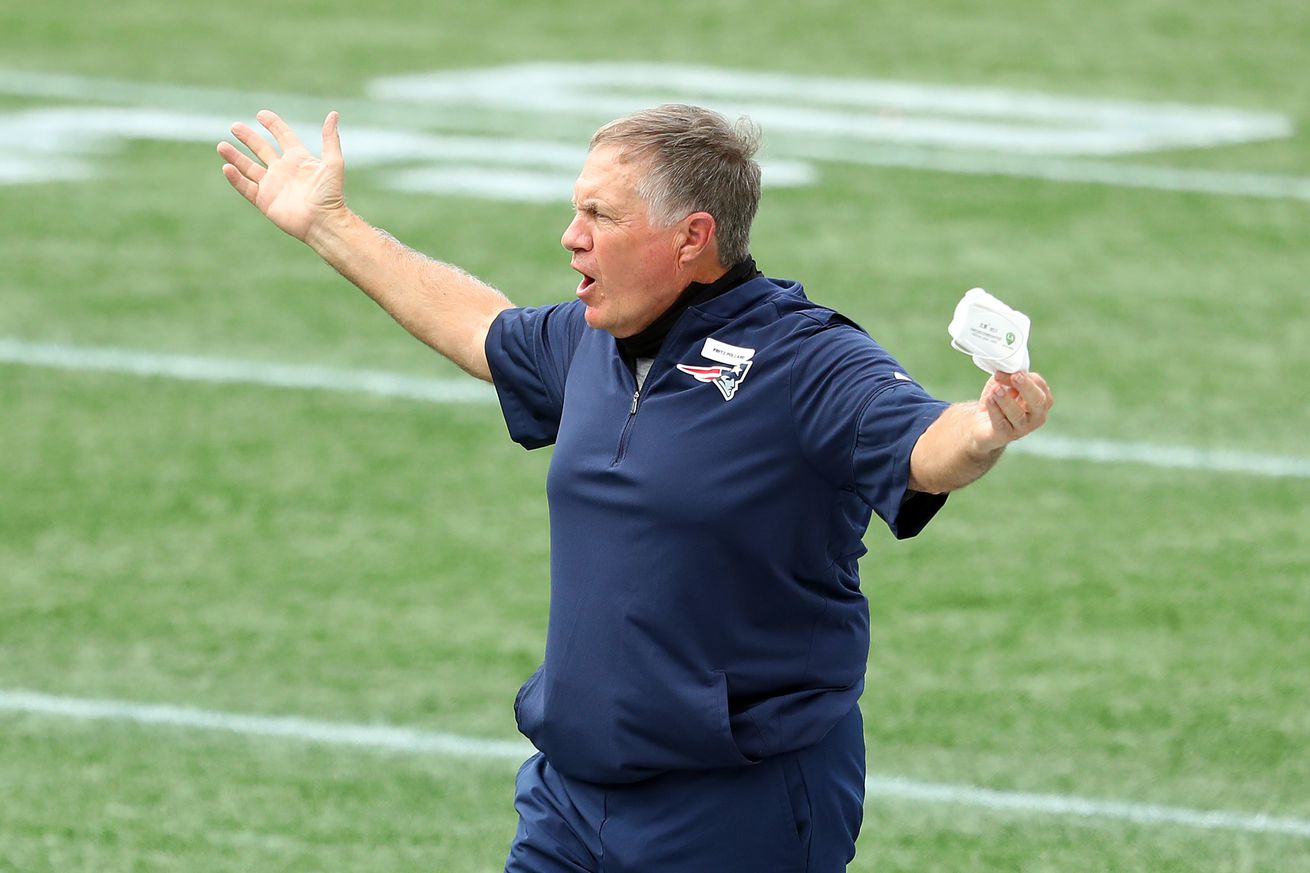 New England’s season is falling apart after a promising start.

Watching the New England Patriots get blown out by an injury-ravaged 49ers team in Week 7 said so much about where this team has ended up after moving on from Tom Brady. For so many years the Pats winning the AFC East was as reliable as water being wet, but now the Buffalo Bills are surging toward the division crown while New England keeps sinking further below a .500 record.

This was always going to be a year of transition for Bill Belichick, but early promise in the season has now given way to disappointment. There’s a lot to unpack when it comes to the team’s struggles, and it goes even beyond Cam Newton falling off a cliff.

Now, serious questions loom over how they progress. Not just in 2020, but beyond.

How did the Patriots reach this moment?

A team can’t simply move on from a player like Tom Brady without repercussions. The best success stories in transitioning from Hall of Fame players still come with lumps, and even the greatness of Bill Belichick couldn’t mask it here.

The thing to remember about New England is that the team didn’t really have a quarterback plan until Cam Newton fell in their laps. Newton wowed coaches and teammates, with Belichick praising his worth ethic, and players naming him a captain for the 2020 season. At first things went well. Obviously the Patriots weren’t the same team with Newton at the helm, but at least they were productive.

However, when Newton contracted Covid-19 things went bad. Not only from the perspective of the Patriots losing their quarterback, but when he returned Newton didn’t look the same. His passes had less zip, his decision making was worse, and his running skills looked diminished.

On paper the Patriots are largely the same team. However, what we’re seeing is an offense that was built specifically for Tom Brady’s skills has looked far worse in the hands of another quarterback. One of Brady’s greatest qualities wasn’t just that he could put a team on his back, but an innate quality which allowed him to take middling supporting casts and elevate them into stars. With issues on the offensive line and an incomplete receiving corps, Newton isn’t able to do the same thing. He’s traditionally been a player who can use his athleticism to bail out an offensive line, but during his time in Carolina he had Greg Olsen as a safety valve at tight end, whose reliable hands and chain-moving ability masked the team’s issues. Newton doesn’t have that in New England.

As a result the Patriots have one of the lowest scoring offenses in the NFL. The house of cards is falling, and there’s no clear sign how to save it now.

72% of Pats fans still want Cam Newton as their quarterback

Patriots fans we polled are still behind Cam Newton as their starting quarterback. Newton received 72 percent of the votes when we asked who should start for the Pats this weekend.

Sign up to let your voice be heard on SB Nation NFL surveys here.

Where do the Patriots go from here?

Bill Belichick is saying that Cam Newton will remain the Patriots’ starter, despite his performance in Week 7. A decision made easier by the fact Jarrett Stidham sucked out loud in his own right when he came in to take over.

There’s no doubt New England is a deeply flawed football team that lacks quality top-tier talent on both sides of the ball. Honestly, it confirms everything people suspected about the Belichick-Brady tandem, and their ability to squeeze the most out of the roster for almost two decades.

Now, it looks like it might be the first time since 2008 the Patriots will miss the playoffs. Similar to Dallas there’s a chance they could bounce back, but the AFC is brutal right now — and with the Bills now the clear frontrunner in the AFC East it’s going to be tough.

Much of New England’s future hinges on the tea leaves of Belichick’s tenure with the team. There have been rumors he plans to hang it up after the 2021 season, which Belichick has repeatedly shrugged off. That will likely be the inflection point where the Pats elect to make large wholesale changes, but until then he’ll likely continue what he’s been doing for years: Milking the roster for every bit of talent he has.

The future of Cam Newton is less certain. Playing on a ludicrously team-friendly contract, Newton was banking on this being the “prove it” year he needed to land a long-term deal with a team. That will now be dependent on him bouncing back in the second half of the season, at which point the Patriots will decide whether it’s worth trying to move forward with Cam, or go in a different direction.

Bernd Buchmasser from Pats Pulpit on what went wrong in 2020:

I asked Bernd for his expert opinion on the Pats, and rather than give me a lengthy breakdown he gave me this meme, which really explains the situation perfectly.

New England had a major transition to endure, which hasn’t gone as smoothly as they hoped. It’s been made worse by the fact the Patriots looked really, really good at the start of the season before they began show up to games looking utterly lost. It’s an unfamiliar position for a Bill Belichick team to be in, and while this organization has dealt with adversity before, this might be the first time they can’t overcome it through preparation and planning alone.

The biggest shift in the NFL in coming years will come when Belichick decides to retire and it’s on someone else to take over the most intimidating job in football: Following one of the greatest coaches of all-time. Add in a looming rebuild, and the future of the Pats looks to be tremendously challenging. So much now hinges on Cam Newton. Can he return to greatness, or have we seen the best of him already? That will be the story for the rest of 2020.