Will Zoom Apps be the next hot startup platform? – TechCrunch

Written on November 18, 2020 in Technology by user 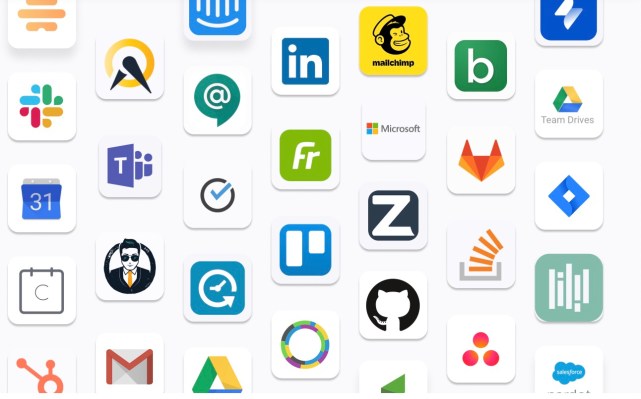 When Zoom announced Zapps last month — the name has since been wisely changed to Zoom Apps — VC Twitter immediately began speculating that Zoom could make the leap from successful video conferencing service to becoming a launching pad for startup innovation. It certainly caught the attention of former TechCrunch writer and current investor at Signal Fire Josh Constine, who tweeted that “Zoom’s new ‘Zapps’ app platform will crush or king-make lots of startups.”

Dark day for virtual event ticketing apps, since Zoom is doing that itself

As Zoom usage exploded during the pandemic and it became a key tool for business and education, the idea of using a video conferencing platform to build a set of adjacent tooling makes a lot of sense. While the pandemic will come to an end, we have learned enough about remote work that the need for tools like Zoom will remain long after we get the all-clear to return to schools and offices.

We are already seeing promising startups like Mmhmm, Docket and ClassEdu built with Zoom in mind, and these companies are garnering investor attention. In fact, some investors believe Zoom could be the next great startup ecosystem.

Salesforce paved the way for Zoom more than a decade ago when it opened up its platform to developers and later launched the AppExchange as a distribution channel. Both were revolutionary ideas at the time. Today we are seeing Zoom building on that.

Jim Scheinman, founding managing partner at Maven Ventures and an early Zoom investor (who is credited with naming the company) says he always saw the service as potentially a platform play. “I’ve been saying publicly, before anyone realized it, that Zoom is the next great open platform on which to build billion-dollar businesses,” Scheinman told me.

He says he talked with Zoom leadership about opening up the platform to external developers several years ago before the IPO. It wasn’t really a priority at that point, but COVID-19 pushed the idea to the forefront. “Post-IPO and COVID, with the massive growth of Zoom on both the enterprise and consumer side, it became very clear that an app marketplace is now a critical growth area for Zoom, which creates a huge opportunity for nascent startups to scale,” he said.

Jason Green, founder and managing director at Emergence Capital (another early investor in Zoom and Salesforce) agreed: “Zoom believes that adding capabilities to the core Zoom platform to make it more functional for specific use cases is an opportunity to build an ecosystem of partners similar to what Salesforce did with AppExchange in the past.”

Before a platform can succeed with developers, it requires a critical mass of users, a bar that Zoom has clearly passed. It also needs a set of developer tools to connect to the various services on the platform. Then the substantial user base acts as a ready market for the startup. Finally, it requires a way to distribute those creations in a marketplace.

Zoom has been working on the developer components and brought in industry veteran Ross Mayfield, who has been part of two collaboration startups in his career, to run the developer program. He says that the Zoom Apps development toolset has been designed with flexibility to allow developers to build applications the way that they want.

For starters, Zoom has created WebViews, a way to embed functionality into an application like Zoom. To build WebViews in Zoom, the company created a JS Kit, which in combination with existing Zoom APIs enables developers to build functionality inside the Zoom experience. “So we’re giving developers a lot of flexibility in what experience they create with WebViews plus using our very rich set of API’s that are part of the existing platform and creating some new API’s to create the experience,” he said.